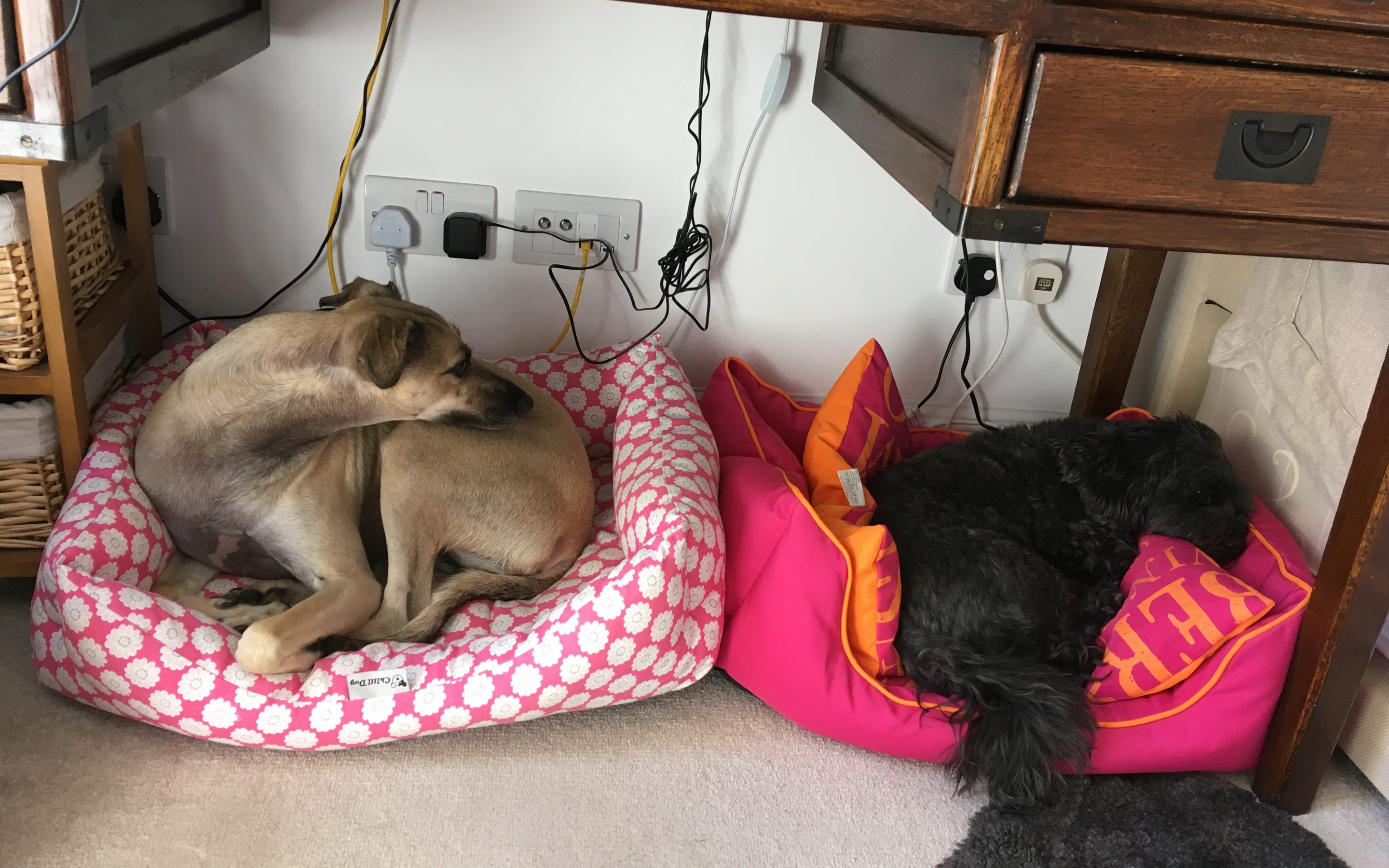 Punching above her weight

It’s been a busy few days and I feel like Betty and I have developed car seat shaped bottoms.   Last Saturday, we were “double double dogging” as we had GLB for both sessions.  A treat for me, and actually, though she would not rush to admit it, a bit of a treat for Betty.  She rather likes him and they are very relaxed with each other.  She greets him with a few licks to his nose – he’ll accept about two before he turns his head away – he’s too cool for skool.  He was the model boy for both walks and behaved like a dream on both – weaving around the bike racks, ignoring the fun, new puppy on the first walk, and not confusing the small dogs on the second walk for rabbits. He was so shattered after two walks that he lay on the car seat on the way home … progress as he is not a fan of motorised transport.

Betty and I hotfooted it up to Wales in the afternoon … while I love London and the sound of the Heathrow planes flying over is ‘home’ for me, it’s magically calming to hear nothing but the sound of the river Ceiriog rushing over rapids from my bedroom window.  We can also just walk from our front door without meeting a car or a soul so we meandered by the river on the hunt for the kingfisher again. 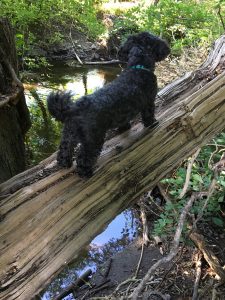 On Monday, Betty and I were Pickford’s removals again and reclaimed our unsold items from the auction house.  2 trips later and job done – slightly surprised by the hug from the muscle man there.  I had time for a quick change to go to the memorial service I had gone up for, and had to disappoint Betty by leaving her at the cottage.  When I do make up and perfume, she starts limbering up with her out-to-party stretches.  The look of fury on her face when I said  ‘sorry – no – you’re staying here’ and she retreated to the sofa to sulk.  All was forgiven a few hours later …

Tuesday early we set off back for London and joined Winkie and the team at 12.30 for the social walk.  Even though I had taken Betty for a quick constitutional by the river in the morning, she was happy to be back and stretching her legs.  Myrtle-the-Corgnado was on the walk.  I reminisced about the times when Betty was a challenging handful … and now she is so perfectly behaved, I almost miss that .. Be careful what you wish for.

We collected GLB after that and walked around my ‘hood in the shade and then love’s young dream hung out at home. 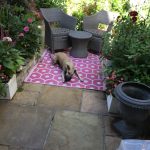 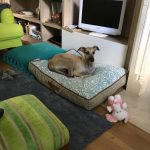 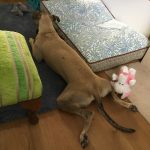 Who knew a lurcher sploots …?!

« HAVING A HOT DOG WITH RELISH
Dappled dogs »