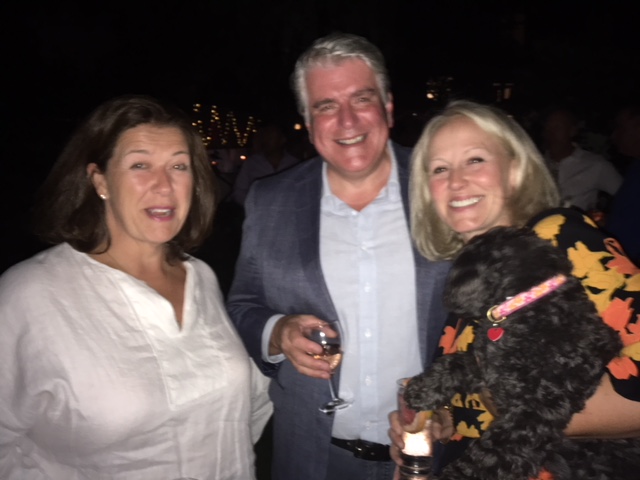 A busy day for Betty and me.  Like most Saturdays, we start off with ‘double dogging’!  I should explain that this is 2 social walks with Winkie back to back and nothing shady :).  Betty is a mentor dog on class and as she’s been joining for years now, she rather views herself as the hostess.  New attendees are checked out for her approval.  No one new on the 9.15am so she was able to hang out with her regular social group.  As it was so hot, we stayed on a shady route with some calm entertainment.  There is quite often a theme that I try out a new exercise I have seen elsewhere or read about, and the dogs normally fail to get as excited about it as I do.  A recent fail was when I gorged myself on KFC so we could use a KFC box for a ‘leave’ exercise. To Winkie’s horror, I actually thought the chicken wasn’t as bad as I thought it may be!  So I produced the box (sealed to keep the dirty wrappers etc safe inside the box) with great excitement.  The dogs couldn’t have cared less.  In fact, they thought it was a portapotty and peed on it.  So, today, we had 3 different patés to try – smoked mackerel (originally for me but was too fishy!), smoked duck liver and Cal had dog turkey pate cubes.  We smeared them on various trees with a view to giving the dogs a selection so they could choose which they liked best.  For the majority of dogs, it turns out they love a smorgasbord and just licked every pate with no favourites.  So it was nearly a fail, but I was rescued by Sal, a gentle lurcher who isn’t a paté fan at all normally, but she did like the smoked mackerel.  Our 10.15am walk had a new puppy, a diddy cockerpoo, and it goes without saying that there was a lot of cooing and ahhhing and not just from me.  We practiced recall behind a little copse where the dogs could hear, but not immediately, see the owner.  Impossible to watch the dogs listen and identify their owners voices and direction, and then set off to find them without a humungous grin.

In the evening, Betty and I went to a (whisper it, 50th) 37th again birthday party in Tooting.  I was in a party frock and heels – a rare sight.  Betty charmed most of the revellers (she is a bit licky for some), and was convinced there was a cat on the wall. It was dark so the chances are she was right.  But then again, she thought a gargoyle on the garden wall was a scary person. Happy Birthday Jo xx 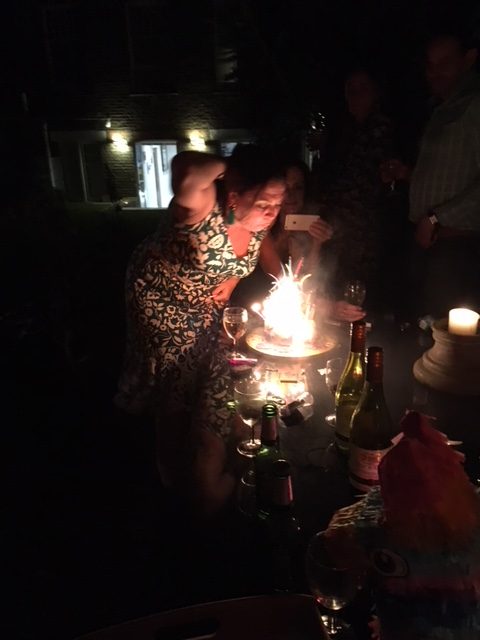 « COSMOPOLITAN DOG
SHE KNOWS HER OWN MIND »